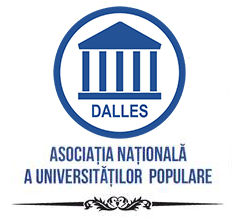 The National Association of Folk Universities was founded on February 23, 1993 through the collaboration of more than 100 Romanian folk universities out of 360.

ANUP is a member of EAEA (European Association of Adult Education). In more than 10 years of activity, ANUP has developed a strong collaboration with the german organization IIZ-DVV (Deutscher Volkshochschul-Verband, the Association of German Folk Universities), and with adult education specialists from Great Britain, Denmark, Hungary, Austria and Belgium

ANUP has organized many workshops, conferences and training of trainers sessions. These educational activities have put into debate various subjects, such as ecology, political education, teaching foreign languages, cultural management. 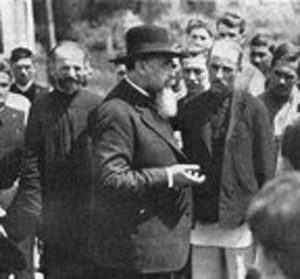 Being organized as a NGO, ANUP is working together with other NGOs, with women NGOs, NGOs for people with disability, training providers and other organizations involved in adult education field.

ANUP is equally an active organization in legal field. It constantly strives for the promulgation of an Adult Education Law. ANUP is looking to conscientizate the civil society, the politicians, the Romanian government and the political parties about the real importance of adult education field’s recognition. ANUP is stating that adult education is a vital concept for political and social life’s stability.

ANUP-INTERNATIONAL (Association of Romanian Popular Universities-International) is an NGO created in 2006 as an organisation specialised in European projects dealing with adult education. It derives from ANUP as a result of development and expertise in the field of European adult education.It works mainly with the largest structured network of adult education centres in Romania-ANUP-, both in urban and rural areas , which provide training and retraining courses for adults in order to enable them to adapt to the changing needs of the Romanian society.

Popular universities are institutions of public interest which develop activities in vocational training for adults, young adults, in different domains of activities such as: foreign languages, computing, design, photography, public relations, marketing, etc, as well as courses dealing with personal development of the individual and cultural activities.

ANUP-INTERNATIONAL maintains strong links to other networks and organizations, both governmental and non governmental, working in the field of permanent education, such as : professional organisations, enterprises, working agencies at national and local level, in order to facilitate the integration of the adults on the labour market.

From 1993 till now ANUP, as the grassroot of ANUP-INTERNATIONAL, developed many European projects dealing with methodology of adult education under PHARE, Leonardo da Vinci and Socrates programmes.

The projects ANUP developed and ANUP-INTERNATIONAL continued are in the following domains: vocational taining, personal development and active citizenship, foreign langauges promoting multilinguism, training of the trainers in adult education and vocational training, validation of non-formal and informal learning.

All the projects promoted have been of great interest for the learners as for the trainers with a significant impact at the university level, encouraging the teachers from higher education to penetrate the world of adult education and helping them to acceed in European partnerships and training.

How can we help you ?